What are Complementary Medicines for animals? 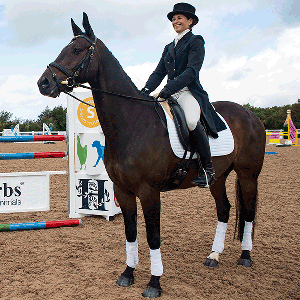 Complementary or alternative veterinary medicines (CAVM) are treatments that fall outside mainstream veterinary care.  This ranges from popular therapies like Acupuncture, Chiropractic, Herbal Remedies, and Homeopathy, to the less familiar ones like Bowen Therapy, Radionics, Tellington Touch, Chromotherapy and Feng Shui (ley-lines).

CAVM is becoming increasingly popular in human medicine and with owners who want similar health care for their animals to that available for themselves.  In some countries for example Canada this is to a degree where their veterinary medical Association (CVMA) focused a forum to is “ Alternative medicine no Longer Alternative?”.  The outcome in 2020 being an update in the CVMA to its position on the importance of CAVMs in the role of treating animals.

The difficulty with CAVM is in the regulation.  Standard medical care has more easily defined boundaries than alternative medicines. There is also more scientific support for pharmaceutical medicines with large drug companies funding research into treatments that will be produced and sold by them.  The lack of clinical trials for CAVMs makes them the less preferred route by many veterinary practitioners.

What should we consider when we look at therapies?

The British Small Animal Veterinary Association suggests that when considering therapies there are three factors to suggest if a medical treatment is likely to be efficacious:

As an AMCST practitioner myself I have trotted up a horse before and after a treatment, I have seen a marked improvement in the horses posture and movement post treatment with the only change being the therapy session.

What are some examples of CAVMs?

Homeopathy is based on a principle of ‘like cures like’. The term being derived from two Greek works ‘homoios’ meaning like and ‘pathos’ translates as suffering. Homeopathy has been practiced as we know it today for over 200 years and was developed by the German physician Samuel Hahnemann. The concept is believed to have originated with the Greek Hippocrates. Hahnemann experimented on himself and friends finding that extracts of certain plants caused them to develop symptoms to diseases such as malaria. From this he developed ‘drug pictures’ for each of his remedies.  Once he started treating patients Hahnemann found that in many instances crude doses of his medicines produced unpleasant side effects so he started to dilute them to minimise the problem. In doing this he developed the method known homeopathically as succession, a critical step in the preparation of homeopathic remedies.   The diluted medicines provoked less aggravation and appeared to work faster and more effectively, the opposite of conventional medicines which become less effective when diluted.   These dilutions he termed potentisations and today the word potency is used to describe the dilution of the remedy.

A key point in the dilution is to accept that it is the solvent (alcohol) that carries an ‘energy imprint’ from one potency to the next and that it is likely that an electromagnetic effect is involved. Homeopathic remedies work by some form of interaction with the body involving the ‘energy’ contained in the potentized medicine.

Is a very ancient therapy also referred to as ‘Phytotherapy’ meaning medicine from plants. Until the middle of the twentieth century herbalism was the main kind of medicine and to this day many orthodox medicines are derived from plants, such as salicylic acid (aspirin) from willow.

‘Our ancestors discovered the rudiments of their folk medicine in the healing plants sought out by animals suffering from alimentary disturbances, fever and wounds.  By observing how animals cure themselves from disease, they learned how to keep themselves healthy by Nature’s own methods’   Dr DC Jarvis (Folk medicine).

Herbal medicine can work side by side with conventional medicines and can often help where other methods have failed.  Between 1900 and 1935 veterinary surgeons used herbal remedies extensively as part  of their treatment. It is only in more recent years we have come to rely more heavily on synthetically produced drugs.  Whilst one cannot deny the benefits of conventional medicines particularly with life – threatening conditions, we should consider the ‘value of time’ in the validation for the effectiveness of herbalism. Do trails lasting a few months in a modern laboratory, carried out in unnatural conditions, balance centuries of study, documented evidence and successful practical application on both humans and animals.

Herbal medicine works in two ways, either by providing the body with substances to stimulate the immune system to counteract the disease or by providing substances found in plants to clear the body’s energy channels allowing energy to flow freely again, clearing toxins and debris from the body. Herbs work by treating the body as a whole, rather than treating the symptom in isolation. For this reason it can take some time for the herbs to be absorbed and improvements to be seen.   The individual response to herbs can also vary greatly and unlike conventional medicine there is no an exact science to how much needs to be fed. 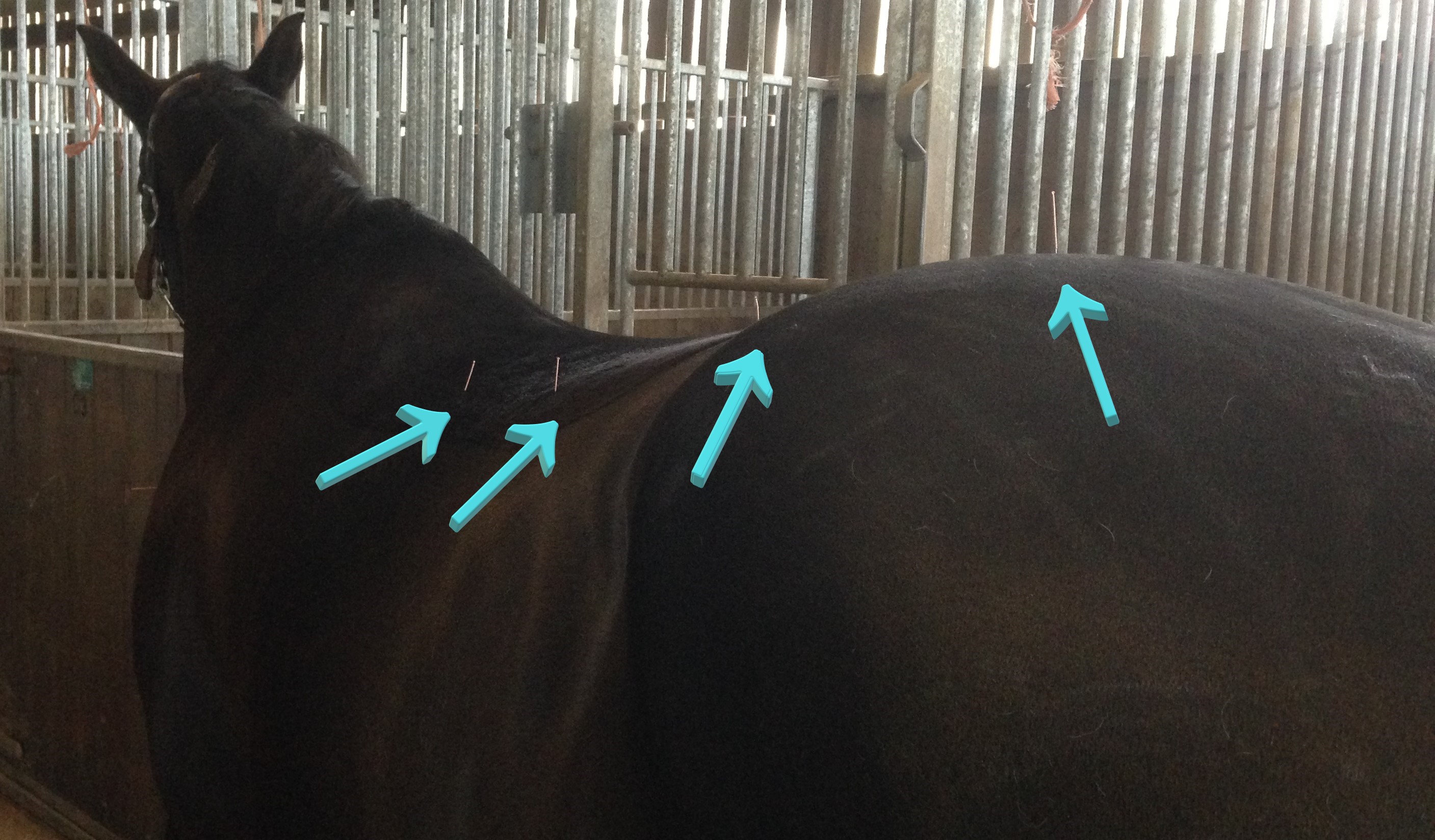 Acupuncture originates from a Chinese modality, which in later years has been accepted in western healing. It is the science of putting fine needles into the skin at specific points (acupoints) in order to relieve physical or mental stress.

The Chinese believe in the concept of Chi; the vital life force or energy that flows through the body along channels or meridian lines beneath the skin that they believe link all its systems and functions. Chi keeps the blood and lymph on the move, warms the body and helps fight injury and disease.

Studies have shown acupuncture treatments can bring about:

It is generally recommended to have at least 5 acupuncture treatments, at the rate of 1-2 treatments per week. Most animals accept the treatments well and go into a relaxed state of ‘daychi’.

Chiropractic looks to treat disorders and displacements of joints, particularly of the spine. It is a manipulative method that is based on the concept that the spine is the ‘headquarters’ of the whole body health.

For humans and smaller animals we know that the spine can become misaligned and adjustments from a trained chiropractor can help these.  With larger animals like horses veterinarians don’t believe this is the case, however muscle tension and spasms can cause ‘pulls’ on the spine which can create pain and issues.

Chiropractic works on manipulations to correct misalignments by realigning and balancing the Musculo-skeletal system. A practitioner will work on the whole system.

A good practitioner will look at the patient as a whole and consider outside influences, particularly those affected posture, work loads, the use of gadgets in training, foot balance and even the positioning of hay. Expect to need 2-3 treatments alongside rest and remedial exercises.

The most famous flower remedies are the Bach Flower Remedies.   These work on healing a patient’s emotional state and so aiding physical healing. These states of mind include emotions like sadness and despair, fear and anxiety, hostility, defensiveness and the effect of emotional trauma past and present.

Flower remedies are very closely related to homeopathy. Dr Edward Bach (1886-1936), a conventionally trained doctor developed the therapy in line with his beliefs that it is essential to treat the whole body, mind and spirit.  He believed that the flowers of our countryside held the key to treating personality traits and mental attitudes.   He made his remedies by leaving flowerheads in a clear glass bowl in pure water and in strong sunlight, the healing signature flower is taken up by the water, which then became ‘potentised’  or empowered to heal. The liquid is filtered and then a appropriate amount of alcohol is added as a preservative.

If this article interested you and you would like to know about more Complementary Medicines look out for our future blogs to cover other complementary therapies. Please get touch if you have any special requests. Should I give my horse a detox?