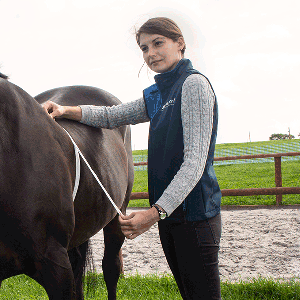 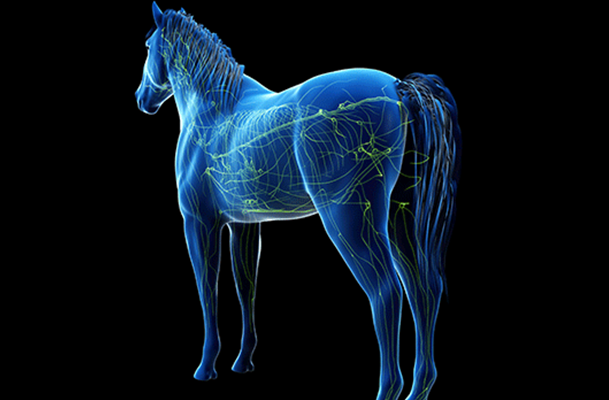 Filled legs are a common problem with horses and can affect one or several legs at the same time.  The affected limb is generally not warm to the touch or particularly painful.

Lymphangitis however is characterised by extensive filling of the limb, which is more often than not a hind limb, and contrary to normal chronic filling, this condition has infection as its source.   This is a bacterial or fungal infection of the lymphatic system.

There are three types of lymphangitis:

Lymphangitis is typically caused by bacteria entering through a small wound or break in the skin, often associated with cracked heels or mud fever.  In the normal course of events the lymphatic system would work to drain the surrounding tissues, help with eliminating toxins and stimulate the circulation of white blood cells which are used to fight infection.

Some horses have immune systems that are compromised, thus making them more susceptible to lymphangitis.  With these horses the lymphatic system is over-whelmed, the lymph glands are blocked and can themselves become infected.  This impacts on lymphatic circulation and local drainage of tissues, resulting in oedema in the affected limb.

How to diagnose Lymphangitis?

Common symptoms of Lymphangitis include:

How to treat Lymphangitis?

As soon as lymphangitis is suspected it’s very important, in the first instance, to get veterinary attention in order to get on top of the problem and prevent serious long-term side effects such as permanent filling and restriction of gait.

Often a swab will be taken from the wound or skin for bacterial culture, this will enable the vet to choose the best anti-biotics for the job.  These will be used in combination with anti-inflammatory drugs and sometimes steroids.  The use of steroids does bring some risk, particularly in further supressing the immune system, however they are very effective in rapidly reducing swelling and the resulting extreme pain.

Topical treatment of the affected limb with anti-bacterial creams and washes is important to help with on-going infection.  The leg should be bandaged with thick padding underneath to help reduce the swelling and its useful to combine this with exercise, although this may, initially, be painful for the horse.

Prevention of further occurrence of lymphangitis can be tricky especially if the condition has caused some permanent scarring. Hygiene and cleanliness of the skin is paramount, and any wounds should be attended to immediately.

There is anecdotal evidence that use of herbs such as Cleavers and Marigold, both of which can help and support lymphatic drainage, are useful for long-term support and prevention.

With thanks to Simon Constable’s Equine Vets https://equine-vets.com/ 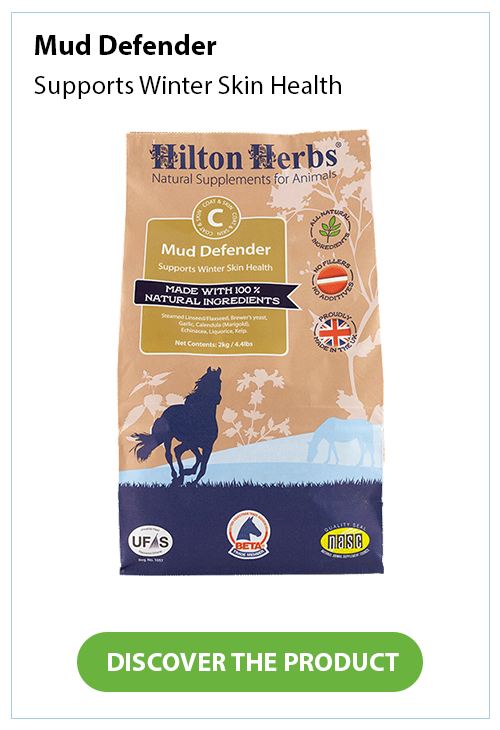 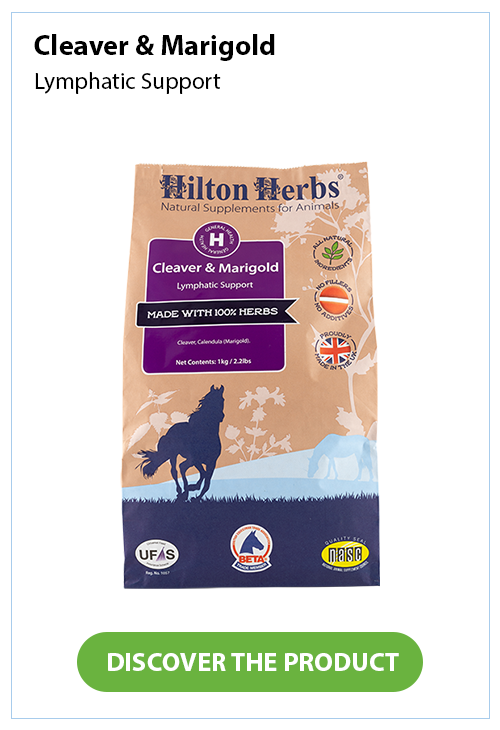