Best laid plans and all of that…

"Raf's season has not been quite what we planned!  Even though we have managed to get some training done through lockdowns there have been a lot of rides cancelled and, although we can get horses fit at home, they need to be competition fit as well – which is different.  In training we probably don’t go over about 8kmh an hour on average, whereas in a competition it is between 10kmh and 15kmh for us – averaging about 12.5kmh over 40k or more. So, we need some interim competitions to make sure that we are ready for the big ones. The 80km at the British Horse Feeds Red Dragon Festival of Endurance was my aim for this year so that Raf and I could become advanced. Training was going well but unfortunately circumstances meant that two of the 40K rides I had planned were cancelled, on top of the 65K I had to withdraw from in July due to Raf’s allergy. However he is now doing really well on Freeway PLUS with no coughs at all.

I carried on training and Raf is full of energy. Although some of our rides have not been long, they are all hilly with elevation of between 250 and 450 metres on each ride (and a number of hills too, not just one or two!) – depending on length and route.  Because of the lack of interim rides, we dropped to a 65K on Saturday in the Hadley Hargreaves sponsored Welsh Open Championships at Red Dragon. I had been concerned about the hardness of ground over summer and had done a lot of roadwork with just a few canters on open ground and tracks as I think hard smooth surfaces (roads) are better than hard uneven surfaces. Raf had plenty of TLC Lotion and Muscle Magic massaged into his legs and back after every ride (as well as Bye Bye Itch Lotion in his mane and tail as he did find them a bit itchy at times – see the photo!) and I was very happy with how he was.  He was clipped the day before the ride – just a chaser clip – as he was getting hot after a training ride as his coat was starting to come through. He had his pre-ride massage and he felt really good. All was ready…

We arrived at the showground at 8am ready to vet at 8.15. Raf was full of beans, and I was a bit worried about holding him for the first 5-10k as he can be a bit of a handful when he wants to be! The vets spent a lot of time on his back and said that he had a slight hind leg lameness caused by a sore back. So, we couldn’t start. I can only assume that he had done something to himself overnight in the field larking around with his pals. He had a shiatsu treatment when we got home using Muscle Magic for the massage/bodywork parts. His back was tense to begin with but soon went back to normal. He is now off in the field (in high spirits I must say!) waiting for our McTimoney practitioner to come and treat him this weekend.

I have now entered the final ride of the year at the end of October and am using it as the baseline for getting him fit for next season.  I am determined to have a full season next year on him and will be planning which ride to advance him at as soon as the calendar comes out.

There was one bit of good news at the Red Dragon event - Hilton Herbs sponsored the team event and our team (Merched y Mynydd (Mountain Girls)) was second – even though there was no score from me, so well done to my team-mates Heather Taylor, Zoe Powell, and Fiona Valentine. The winning team were Lynn Harvey, Sam Mowatt, Liz Ashmead and Nikki Malcolm (Team Nearly There)– so well-done ladies."

Julie riding at Red Dragon in 2019, tackling 'the' hill 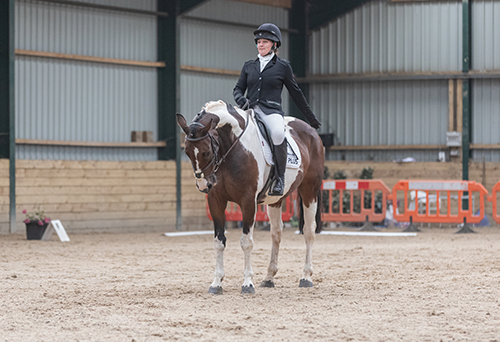 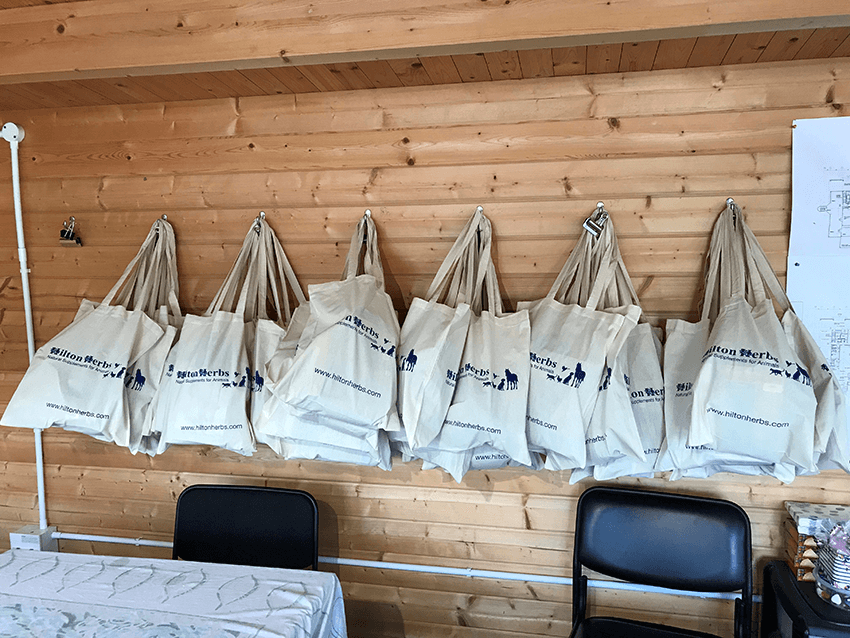